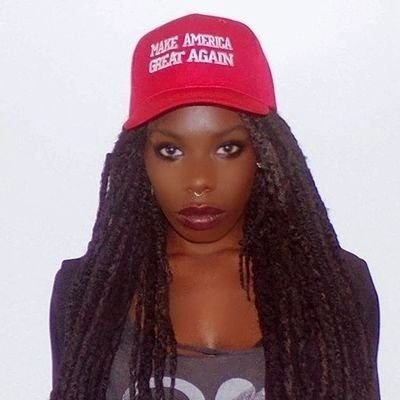 Popular Twitter personality and  Celebrity publicist Sharika Soal called out “Mad Maxine” Waters over her repeated calls for President Donald Trump’s impeachment.The  28 year California Democrat has recently become one of Trump’s most unhinged critics, and she continues to make bizzare speeches on her campaign trail that include anti-Trump rhetoric.Waters, recently came under fire for encouraging her base to confront Trump administration officials in public, which has caused some of her peers in office to ask her to stop talking about impeaching Trump., which she revealed in a recent speech “There’s a difference in how some of our leadership talk about how we should handle all of this,” Waters said as she accepted an award from the Stonewall Young Democrats on Saturday. “They say, ‘Maxine, please don’t say impeachment anymore.’”“And when they say that, I say, ‘Impeachment, impeachment, impeachment, impeachment, impeachment, impeachment, impeachment,’” Waters said, later adding that she wakes up in the middle of the night and “all I can think about is I’m going to get him,” in reference to Trump.

On  Wednesday,Soal tweeted out support for Omar Navarro. Maxine Waters only opponent to defeat Waters in November which the district of Los Angeles so desperately needs new leadership as under Waters the city has become almost uninhabitable or safe for its citizens

She added that it’s become clear that Waters is like a “Black Hitler” in his early days before the Holocaust by encouraging violence and disdain for Jewish people through public speeches by slandering them as evil.

Sharika seems to be a woman after our own heart. She truly knows how to Keep it Naked! Stay tuned as we bring you more about the woman that’s certainly causing a stir!