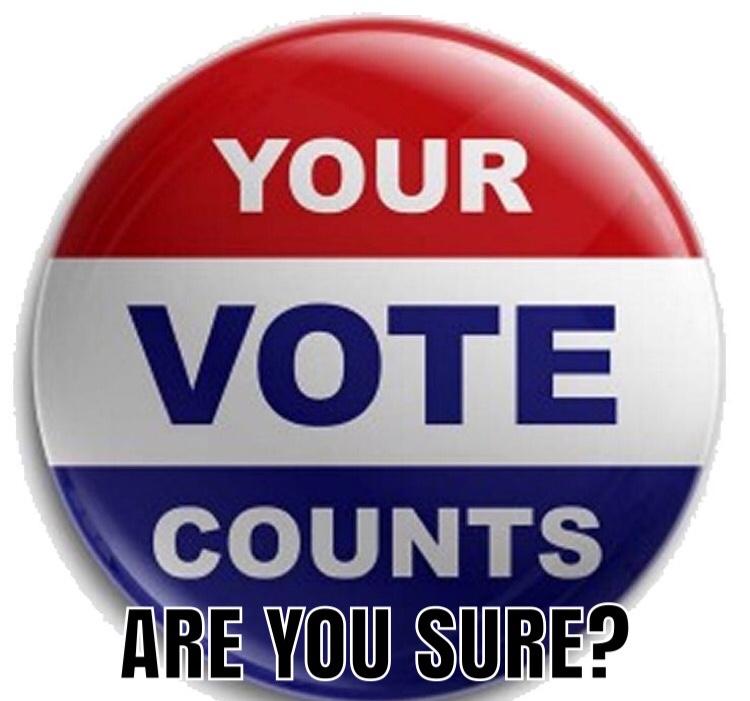 It’s great to see everyone getting out and voting. Exercising their rights, and encouraging others to do the same. Taking selfies at the polls, posting stickers, sharing videos from celebrities doing the same..all of that motivating stuff.

Oh, how quickly do we forget?! Weren’t many of you unfriending people over the last damn election? Oh!!! This last election made some of you show your asses so badly!!

So, with that thought in mind. I wonder, what’s the real agenda? Are you telling me that I have your support to vote for who I want to, without you calling me a Liberal, Coon, Leftist, Republican, Uncle Tom? Oh, yeah, I’m going there on it! Are you telling me, that I have your permission to be free in who I vote for, even if it means that I won’t vote a straight ticket? (crouches down to make sure no chairs are thrown..) Do you really want my vote?

Because, I have this weird feeling. The only reason some of you are shouting at the top of your lungs, how much everyone needs to vote. Simple, for the election to go your way.

A few issues with this:
1. You still have people that have no idea who the hell they are voting for. No, really…you’re begging people to go to the polls and vote, who have no idea who any of the candidates are, and;

2. There are people who are voting, who have no idea what the 3 branches of government are. Voting for local, county, and state officials with a modicum of clarity, is out of the question.

Don’t get me wrong. I do believe that we need to have representation, that works with and for the people. I also believe, that people need to be educated on who they are voting for. Which means, going to town hall meetings/community meetings, finding out who your officials, and how they operate in your community. You know, the important things that really matter.

But, no need to get on my soapbox. After tomorrow, another group will take office, there will be a whole new group to blame, more hate will be spread over a vote, and all will be right in this country, once again.