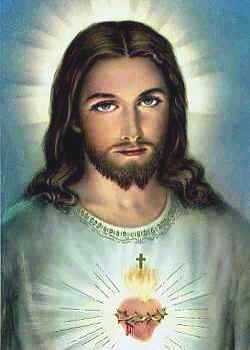 Judges, policeman and senators are just a few of the duality devils. Many of them are hiding in schools, derailing our young, and going unnoticed.

Staff in Wake County Schools, the largest school district in the state of North Carolina, recently came under fire for being culturally insensitive. There are videos of the staff yelling, calling Black students niggers, and comparing them to slaves. A few months ago, a horrific video surfaced of a young Black female being lifted up and then slammed to the ground. These types of incidents are happening all across the nation. However, each incident has a short run of news coverage, if any, and then fades. Two weeks ago, a Black mother whose child attends a Durham Public School, a county in the same state, reached out to her child’s White principal for help. She informed him that her child was being threatened over social media, and the girls were planning to attack her child at school the next day. He assured mom that her child would be safe. However, he made no safety provisions even after being warned. Not only was the Black student attacked, the White principal then suspended her for the remainder of the school year for fighting back.

She emailed the principal with concerns.

Her child was threatened with being attacked.

The principal did nothing at all.

Because he was white, and her child was black!

How long will we continue to be docile? How many times will we just turn the other cheek? I mean damn, how many cheeks do we have? How long will we look to main stream Black leaders who are honestly, just bible toting chicken eaters who like to flaunt their intelligence in stale debates that lead us nowhere? Collectively, when will we be sick and tired of being sick and tired? Fuck 40 acres and a mule. With respect and equality, I can buy my own damn land! “We shall overcome someday.” In my opinion, someday will remain far away as long as we allow our savior and oppressor to be one in the same. It’s time for Blacks to demand that someday is TODAY! This needs to start in our education system. Black children are being left behind in mass numbers. The school system is a pipeline to prison. Yet, we continue to allow predominately Black schools to be governed by White Jesus with Massa’s way of thinking. When we will truly understand that Massa has never really done shit for us! We think we have evolved. However, as a people, we remain in the same bondage of our ancestors just in better clothes.