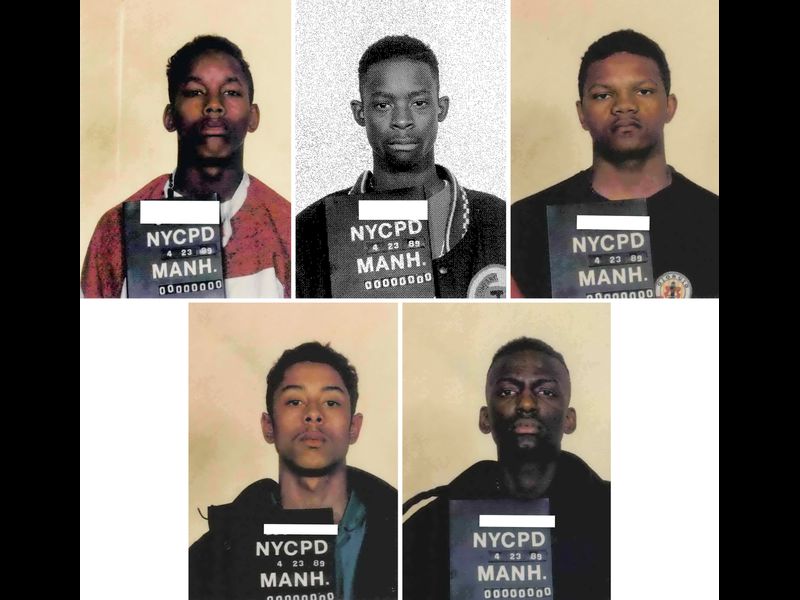 I heard that if you want to keep something from Black people, put it in a book because Blacks don’t read. What I think is that we may not read, but we sure watch a lot of T.V. For the last few days, the Central Park 5 has been a hot topic.

Do you want to know how to control the Black population? Spoon feed them through mainstream television programming.

We easily allow our emotions to be jerked around and it’s becoming pretty pathetic. In just the last few weeks, I’ve been called a conservative ho, a slut slave, dirty bitch and told my brain wasn’t as nice as its surroundings. This was all by Black men who seem to be fatherless and overly emotional. Why? Because I have my own mind, and the freedom to politically support who I want! When other Blacks realize I support Trump, many of them become completely triggered.

You would think that we would be mad at the fact that more Black babies are aborted than are born each year. Be angry that Blacks have voted Democrat 90% of the time over the last 60 years to no avail. Look into how Democrat policies have been instrumental in ravaging Black communities and destroying the Black family. We should be pissed that in the eyes of many, we are still seen as second class citizens too stupid to get a state I.D or succeed without White Liberals holding our hands. We should be horrified when politicians such as Alexandria Ocasio-Cortez speaks to a room of Black people, feeling the need to increase her slang because that’s what we “understand.” Elizabeth Warren strutting in the streets like a rainbow peacock promising reparations should feel like a slap in the face!

Democrat politicians by way of the mainstream media have told us that America has never been great, so we should be offended. We’ve listened. This is from the same politicians who have made lasting careers making six or seven figures in a country they’d like us to believe they don’t like. Is anyone THAT humble? Greater love hath no Democrat than this, that he would lay down his life for us Blacks. Yeah, right!

Once again we are being emotionally controlled by the release of When They See Us, a documentary on the infamous Central Park 5 jogger case. What really strikes me as odd (Not really. I see through the bullshit) is the timing. Linda Fairstein, the prosecuting attorney peacefully achieved a successful career, filled with accolades and awards over the last 30 years.

You mean to tell me it took 30 years for y’all niggas to give a damn??

Nope, not at all. It took 30 years for you to be told to give a damn. It also took Donald Trump, then business man, current president to be up for reelection.

Was this documentary released NOW for history or hysteria? While I support Trump, I do not completely support his stance on the case. It’s no secret that he spent an estimated $85,000 on advertisements against the five. Many believe his position was racially motivated. Do I believe the boys were completely innocent? No. Do I believe they received a fair shake? Absolutely not. Not only did the justice system fail them, so did their parents and community leaders.

The documentary is very informative, but I believe the release at this time was to create hysteria. Mainstream media is fake news now and was fake news then. They did exactly what they do today. They manipulate the information they release to support their own agenda.

I’m not interested in convincing you to vote one way or the other. However, I am asking that we stop allowing the media to control us through our emotions. Take a hard look at how most of us honestly don’t read, but instead regurgitate what we hear. Take a hard look at the effect that has had on our community. Look closely at the daily manipulation then move accordingly.

Whatever you decide, just don’t run up on me in my MAGA hat because you very well may get your emotional ass beat!